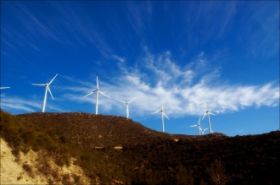 A controversial report on the renewable energy industry allegedly leaked from KPMG has continued to spark hostility from renewable energy groups, which are now training their ire at news corporation BBC.

The report allegedly urged the UK government to revamp its current renewable energy policy, according to a report ostensibly leaked to the BBC. Now, KPMG has started working on the claimed “draft” report.

The official release by KPMG of the report was preceded by the draft version reported by The Sunday Times and the BBC’s Panorama, which accordingly suggested that Britain could be more cost-effective in meeting its 2020 carbon reduction targets by building nuclear and gas-fired power stations in lieu of wind farms.

Trade organizations including RenewableUKwas quick to criticize the report, accusing KPMG of failing to consider the entire lifetime cost of a typical power plant. The report was also criticized for focusing only on the capital costs of new energy infrastructure.

KPMG denied allegations that there was a set release date for the report because it has not been finalized as of this time.

The BBC, on the other hand, stood by its report amid widespread criticisms questioning its impartiality. Green groups will pursue their complaints against the BBC for broadcasting a report that was based on an incomplete resource material.

“We have received a wide range of feedback about this programme and feel it is worth highlighting that considerable correspondence to us has been generated by online lobby activity,” the BBC stated.

“The programme heard from established figures from across the scientific community and green energy sector, including former chief scientific adviser to the government Sir David King, CEO of Carbon Trust Tom Delay and The Guardian reporter and environmental campaigner George Monbiot.”