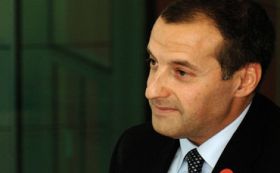 TURNOVER at the fifth largest firm has fallen slightly according to its annual report.

BDO saw its turnover drop to £280m in 2011 from £302m in 2010. However, on a like for like basis taking into consideration the disposal of its investment business Oakley Capital Private Equity, turnover last year was £294.6m.

A spokesman for the firm said it had managed to increase its profit margin by taking a "tight control of costs" and increasing efficiency.

Staff numbers fell to 2,419 in 2011 from 2,538 in 2010 with the majority of job losses attributed to the sale of the investment business the firm offloaded late last year.

Managing partner Simon Michaels (pictured) said: "Although the economic environment remains uncertain, BDO has improved profitability despite a slight fall in like for like turnover, reflecting the emphasis that we have placed on strengthening our balance sheet.

"Looking forward, a major programme of accelerated investment has begun in the financial services sector. This is a sector that spends the most on professional services, a trend which is set to continue due to the impact of increased regulation. During the current and next financial year we expect to double the number of partners and staff operating in this field."