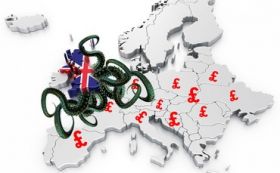 THE MISSIVE FR OM the European Commission last week criticising the UK's controlled foreign companies (CFC) legislation should not, at first glance, provide too many problems for the government.

The EC criticised the UK for failing to take into account European case law surrounding freedom of establishment and free movement of capital. But current UK legislation pre-dates the coalition's CFC reforms, which seem to be moving in the EC's preferred direction.

This missive will still provide problems for the government, though, because it looks as though the proposed reforms will not fully comply with EU law.

The EC intervention was centred around the Cadbury Schweppes case in 2006. The European Court of Justice ruled in favour of the company, saying that the UK could not continue to tax companies on profits made through the genuine economic activities of subsidiaries in the EU and member states of the European Economic Area.

The interim rules currently in place have moved towards complying with EU law, Baker Tilly's international tax partner Kevin Phillips has said. The government has raised the de minimis limit from £50,000, meaning that any company with overseas assets of less than £200,000 will be exempt from the rules.

Ministers have also introduced a formal three-year period of grace – up from one year, which had to be agreed with the taxman – before overseas companies must comply with the CFC regulations. The Budget extended this provision further, allowing UK companies that have moved abroad to come back with the grace period, something that advertising giant WPP has indicated it will advantage of.

Crucially, even the reforms – a "sticking plaster" according to ICAEW tax faculty technical manager Ian Young – retain the fundamental problem that the EC has with the CFC legislation. The commission is happy for the UK to tax profits wh ere the subsidiaries that were set up were "wholly artificial" and only in place for tax avoidance purposes.

But the UK rules still tax any income associated with the transfer of assets or capital even if the transfer took place for genuine economic activities. A company's "last resort" in claiming it should not pay tax from overseas activities is the motive test, which Phillips called a "notoriously difficult test to win". HM Revenue & Customs' standard for this are companies that set up subsidiaries abroad because their activities are illegal in the UK, with certain gambling activities being the most obvious example.

The government has loosened the definitions within the test but not as far as to rule out all but the "wholly artificial" activities that EU law stipulates.

Although undoubtedly more business friendly, the rules will not go the full way because of a "paranoia about diversion of profits from the UK", PwC tax partner Barry Murphy highlighted. There is a tension between a territorial tax system that taxes only activity in the UK – which is favoured by the EU and apparently by the government – and a fear of tax avoidance and losing out on profits made in the UK, he added.

The biggest battleground could be intellectual property. According to the government's latest thinking, intellectual property that has been developed in the UK then transferred abroad retains a link with the UK and is therefore taxable, - which is completely contrary to the EC's missive according to KPMG tax partner Chris Morgan.

The timing is apt. The consultation on the next stage of the CFC reforms was due by the end of May, so how will this affect the reforms? Probably not much. Advisors have been saying that the legislation was not in line with the Cadbury Schweppes ruling since 2006 and the government has known this. This missive is likely to be the next stage of correspondence. There is no indication that the long-term reforms will remove the EC's biggest concern, that overseas profits must not be taxed in the UK.

The consultation is likely to be published in its current form. HMRC is "not going to give this up", Phillips said. "We will see a phoney war for one year while the reforms come in." After which HMRC will take its chances in European courts.

Even if the reforms satisfy business, the sticking plaster may not cover the EU-shaped wound.