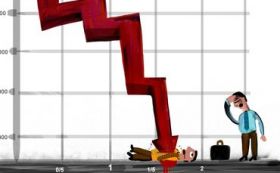 "IT'S BRUTAL, just brutal," is how one senior audit partner at a top ten firm describes the current pricing environment in the audit market.

They are not alone. The knives are out among firms amid acrimony and accusations of price-cutting, lowballing and dumping business - the act of offering work below cost - in one of the most challenging periods for the audit market in the past two years.

"The problem is how you cost your service. This is somewhat of an art," says David Herbinet, London managing partner at Mazars. "I am convinced that out there in the market there are firms that are delivering audit work that pays less than it costs."

As firms compete for market share at the expense of profit, the consensus is that the current environment is the toughest it has been in years.

A partner at a top 20 accounting firm describes the environment as "the most challenging I have ever seen".

"A number of firms are finding extremely difficult. We have seen margins go down across board," she says.

The extent to which prices have slumped when audits have been put out to tender is anywhere between 25% and 40%, according to anecdotal evidence Accountancy Age has picked up.

An audit partner at one top ten firm said that clients were telling them not to expect to retender their business unless they were willing to come back with price cuts of up to two-thirds of the original cost.

The savage pricing environment appears to be contained in the mid-tier and below. The Big Four seem to be largely immune for the battle raging among the firms below them.

Two years ago the situation was very different, with the Big Four shedding partners and work that was being picked up by those below. However, they have since stabilised, and the feast has turned to famine for the mid-tier.

"Our experience over the past 12 months has been tougher," says Clive Stevens, managing partner at Reeves. "About 24 months ago the larger firms were shedding partners and we benefited fr om that business that came on the market. That has slowed down as firms got their act together."

Businesses may be rubbing their hands together at the prospect of slashing their costs for audit work, but Herbinet warns that this is no one's best interest and risks doing irrecoverable harm to the audit market.

"The audit profession is shooting itself in the foot. It is to nobody's benefit driving prices down as aggressively as we see at the moment. To drive decent returns you look for efficiencies but it has certain limits," he says.

According to Herbinet this is leading to "commoditisation of audit". Instead of audit being viewed as a value-adding service, the profession is moving to commoditisation.

"All you compete on is price, it is a vicious circle," he says. "Because fr om the client's point of view they see less and less value being delivered through audit, so they want greater price reductions. From the point of view of the company they are getting less and less for what they pay for."

In an environment wh ere tenders are going for up to 40% lower than the original cost, Herbinet says there have been instances wh ere Mazars has not pitched for work.

"It is a tough environment. A number of firms are going backwards. There is very aggressive pricing because companies perceive audit as commoditised product. They are asking ‘where can I get some savings?'

"I am not suggesting the quality of audit work is not adequate, it is that all the good things audit delivers to the client are being taken out one by one."

The partner at the top 20 firm says they are in the happy position that their firm's clients tend to "stick with us year on year" but concedes that in this environment the priority is to keep your powder dry and protect the existing client base.

"We make sure they get the service they do not want to be without," she says. "People need to be more like consultants and focus less on compliance."

The consequence of audit fees falling off a cliff edge could be that some of the smaller firms will be driven out of business or find themselves forced into each other's arms in a bid to cut the cost base and find savings through efficiencies.

Could it be that a spate of consolidation is just around the corner?