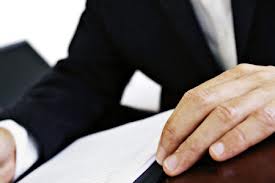 In their effort to build trust, the PCAOB has tentatively agreed to start noticing China’s regulation related authorities at the time of inspecting auditing entities based in China. The Public Company Accounting Oversight Board has also been looking for an opportunity to carry out inspection of the China’s auditing companies after certain accusations were raised with regard to accounting related irregularities at some of the China based entities that are currently trading on United States markets. China based regulatory authorities have shown resistance towards inspections being carried out by United States regulators, however, the Public Company Accounting Oversight Board is working out on ways to resolve the problem.

While giving a speech at California State University’s SEC Financial Reporting Conference, Lewis Ferguson, PCAOB board member stated that as part of cooperating, the board is looking in the direction of and has agreed to conduct observation related visits on a tentative basis. The inspectors of PCAOB will be observing the China based authorities while they would be carrying out their auditing oversight related work and in turn the China based companies could observe the manner in which the PCAOB is working.

Ferguson further mentioned that this would essentially be an exercise for building trust amongst regulators. At the beginning, such type of observations will be focusing on quality controlling examinations of the auditing company that is being inspected instead of a substantiated review of a particular audit. The PCAOB is hoping that such an approach will help in building trust as well as result in more cooperation.

At present the Public Company Accounting Oversight Board hasn’t created cooperation related agreements with either the Chinese Ministry of Finance and China Securities Regulatory Commission.