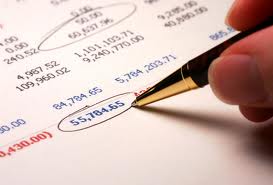 The fact that the top four accounting firms including Deloitte, KPMG, PwC and Ernst& Young have started relying more on their advisory and consulting practices is going to threaten the independence of their auditing practices as per some of the audit experts. During a discussion held at the Stern School of Business of New York University on the re-emerging consultation practices at leading auditing firms, some of the most important watchdogs from the accounting world participated in the session to share their viewpoints. Some of the members who participated in the discussion included Paul Volcker former Federal Reserve chairman, Bob Herz, former FASB chairman, New York University professors Stanley Siegel and Sy Jones, Christopher Davies, Attorney at the WilmerHale law firm and Francine McKenna, a journalist by profession.

Volcker stated that the question pertaining to who should be paying to the auditor can become a very serious issue. Volcker also noted that during the 1990s, the investment banking company owned by him was responsible for mediating any sort of dispute that arose between consultants and auditors at Arthur Andersen. He also stated that they had built a reputation of having some of the auditors who were highly disciplined. But the proud company was completely demolished later. Volcker mentioned that the reason why Anderson later faced a number of problems with its customers such as Enron was because it wanted to rebuild consultation related practices after removing Anderson Consulting that later came to be known as Accenture. He also mentioned that they had removed the consultation business but quickly made a very large investment for rebuilding a consultation practice under the impression that it was important for building the firm’s future but they later faced same problems that they were experiencing initially and it did not help them much.

On the other hand, Herz pointed out that credibility, trustworthiness and quality of finance related information that is provided to investors is important for the economy and capital markets so that they function properly and auditing is one of the most important aspects for achieving this. He also stated that every time these issues arise, he doesn’t view them with respect to auditing independence as such but rather in terms of auditing quality.