The US Accounting Watchdog has Released an Innovative Report on Audit 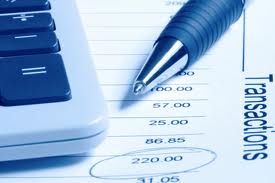 The US accounting main watchdog PCAOB has brought out the latest and the first report on the quality of audits by the brokers and dealers in the market. A report says.

The inception report of PCAOB has released a documentary on the audit report. The report mainly focuses on the quality of work in audits as far as the brokers and dealers are concerned. This particular information came out exclusively by the Securities and Exchange Commission (SEC) as they became apprehensive after the Ponzi scheme fraud by Bernie Madoff four years before. This report came out between 2011 and 2012 in the month of February and the special inspectors made a revision from about 23 audit firms which are registered exclusively with the SEC. There were severe issues on every audit reports.

The name in which the report was first launched in the market is known as, “Reports on the Progress of the Interim Inspection Program Related to Audits of Brokers and Dealers”. It unanimously stated some very violent deficiencies present in relation to the calculation of customer reserve and net capitals. The report also announced some mismatch in the areas of financial statement and the freedom of auditors. The board stated that 13 out of 23 reports came out stuffed with fraudulent calculations and the organizations were separately helped to come out of it. James Doty who is the chairman of PCAOB says that the inspectors who are assigned for this task were very few in number and they were not too much expert in their jobs. With such people, the amount of frauds detected was enough to give a frown on the head.

The board has ordered a thorough check up of about 100 audit firms and about 170 broker and dealer firms in the year 2013. The investigation of audits is specially made to cover all the cross-sections of the audits in the brokers and dealers who are registered with the SEC. The prime plan of the SEC board is now to enhance the regime of audits for both brokers and dealers to prevent another Madoff fraud taking place. The compliance tests will also be held by the PCAOB in terms of the audits and the audit firm should also be a registered firm. This system is made to evaluate the assets of the customers in a proper way.