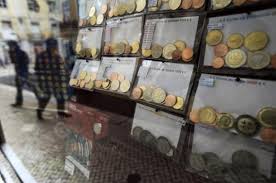 Finally European parliament approved the audit reform law. According to this law, the large organizations must tender their audit contract once every ten years. Listed companies can extend the tendering period up to 14 years if they hire more than one audit companies.

Right now the reform enforces 70% cap on the fees obtained by non-audit firm work like tax consulting. Black listing is one of the most controversial matters among the financial analysts and states. In fact it is limited to mitigating or optimize the conflicts but it becomes a crucial point when the auditors are highly involved with decision making.

The reform law was originally proposed by the European Commissioner during November 2011 by Michel Barnier (internal market and service commissioner). He is the key architect of “Reform” law. After approval of the law by the parliament, he added: he is “very satisfied” with this new regulation. Additionally, he remarked with this approval, it helps the investor’s confidence that works as an essential element for investment and sustainable economic growth in Europe.

As a matter of fact, the E U rule is actually taken from the UK regulations that actually force the mandatory audit tendering among the FTSE 350 companies. Competition commissioned the mandatory requirements of tenders for every ten years, whereas in each five years required a financial report.

The FRC developed the competition watchdog rules based on ten years “comply or explain” methods. Mr. Stephen Haddrill welcomes the new regulation approved by the European legislatives. He also adds: FRC plays a vital role in the development and they contribute and enhance the quality of the financial reports. As a result of this, it improves the trust amongst the investors’ community.

As per voting the result, the audit package accepted by the council. Financial analysts expect that the new publication will take place during the second quarter of 2014.