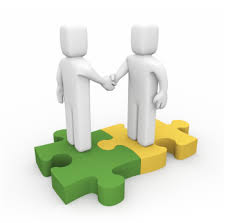 BAKER TELLY has now become a member firm of RSM international network (One of the largest accounting firm in the UK). According to the officials, the formal joining takes place after a specific time frame (the notice period from its existing network Baker Tilly International).

During this transition period, it continues its business with its name “Baker Tilly” and work as an independent member of RSM International. After adopting the business it is known to its global network and corporate identity. Baker Tilly previously known as Summit International and become Baker Tilly International during 2001. Actually, Baker Tilly joined the network during 1988.

Top ten accounting firm Baker Tilly acquires RSM Tenon during September 2013 and the firm currently has 3,500 partners along with approximately £ 300 millions of revenue. The acquisition involves £ 30 million where as £ 1 million used to pay the firm’s shares, on the other hand £ 22 million paid to settle the existing bank debt at RSM Tenon and lastly £ 7 million used as a working capital adjustment.

According to CEO of RSM international Jean Stephens: Baker Tilly is a reputed and globally renowned accounting firm that has diversified client base. Due to this acquisition with RSM International the overall core values, focus on quality and sustainable growth and development takes place. He also mentioned: before the acquisition, the RSM and Baker Tilly team met together across the Asia Pacific, Latin America, Europe, Africa and United States. They met together and exchange their views and alignment in vision.