Investors Expect Auditors to Read the Whole of the Annual Report 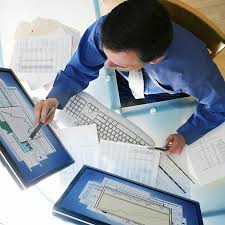 As per the Association of Chartered Certified Accountants (ACCA), the move towards the revision of the International Standard on Auditing (ISA) – 720, The Auditor’s Responsibilities Relating to Other Information, is a move in the right direction and is in response to the need of investors from auditors to provide with more detailed and informative reporting.

The proposed changes brought forward in the revised ISA – 720 were welcomed by the ACCA in its response to the amendments. ACCA held a debate on the proposals and took views of its members, who are settled in financial market around the globe. These reviews and the debate were included in ACCA’s response.

David York further adds that this should not be taken as extending the scope of audit and spreading it over the entire information, including company’s strategic reports as it would be highly excessive. Instead as per the proposal, this should be under the explicit reporting of auditor based on auditor’s reading and taking into account this ‘other information’. Which normally, auditors do it as part of professional ethics.

The International Auditing and Assurance Standards Board (IAASB) find it very difficult to make a standard that supports this view point, however at the same time they do not misguide financial investors on the existing level of assurance over ‘other information’.

The first draft was released in 2012 and had a lot of problems that were identified then by ACCA. However this new draft has eliminated many of them but still lacks at some technical issues. ACCA has not only responded over these issues but has also suggested practical solutions.