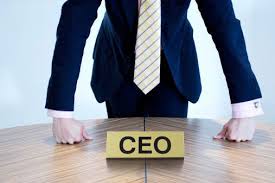 Deloitte is one of the big four accountancy firms around the globe. Joe Echevarria is currently the chief executive officer of the firm. Michael Rapoport is a reporter at Wall Street Journal. He stated that chief executive officer of Deloitte Limited Liability Company is planning to retire from the firm at the end of this month. Joe has shown interest in the public sector and wants to offer his services in public sector after retirement. The official announcement was made by the one of the top accounting firm on Friday.

Joe Echevarria has been associated with Deloitte LLC since 1978. His current age is 57. He was elected as the chief executive officer of the firm in 2011 for a period of four years. The term of four years is standard for almost all the top accountancy firms. Joe decided not to present himself for re-election for another term. Rather he will be retiring from the office nine months before the end of his first term. Deloitte and Touch LLP and Deloitte Consulting LLP are the subsidiaries of Deloitte LLP.

Joe Echevarria expressed, in an official statement delivered by Deloitte, that it is the correct time for him to enter into public sector. Although he did not mention specific details of his upcoming plans but stated that he will continue to remain chairman of ‘My Brother’s Keeper’ a program initiated by White House to help minority people.

Frank S. Friedman has been associated with Deloitte for almost 34 years. He has been acting in the capacity of chief financial officer since 2011. He stated that it is an honor for him to act as a CEO of one of the top accountancy firms in the world.