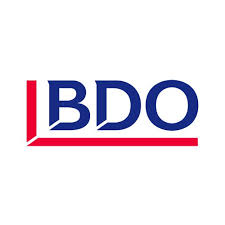 For the year ended 30th September 2014, the international revenues at BDO have increased by more than 8.8 %. This has been accelerated by a number of mergers which have happened over the last one year. The organization reported an aggregated fee income of $7.02bn which was a boost from 28 mergers that were finished in that period.

New companies came together at BDO in Bangladesh, Fiji, Réunion Island while several others made their territories enlarged. In the fiscal year ending on 30th June 2014, the US firm achieved $833m in revenues. These gains were catalyzed by the firm’s expansion strategy (11%) and organic growth by (11%). An increase in demand for services across all the business lines was responsible for the organic growth. The firm’s assurance, consulting and taxation practices all achieved increased revenues. During the year, the firm completed four acquisitions that entail a major addition of one of the top 100 organizations in Pittsburgh Alpern Rosenthal and two other additions in the significant market of Texas.

Across regions in America, revenue increased by 11.1% where the big player was BDO Brazil in Latin America that has grown by 17 % in Latin America. The number of offices has been expanded in order to offer representation in twenty cities globally. During the first year after merging with PKF in Europe, the UK organization displayed an increase of 27 % in turnover. The acquisition of 7 firms added €10m in the annual turnover in Norway.

The international CEO in BDO, Martin van Roekel stated, ‘The mid-tier ‘Accountancy’ is on a course of consolidation. For several years now, the large accounting firm has been consolidating, which has been motivated by the large and midsize requirements of international clients. Our profession’s mid-tier is now on a path that is parallel as smaller firms and networks seek to meet the increased global needs of companies in the mid-market who pursue growth in the markets. Such businesses are not at all times served by the large networks that focus on the major companies.