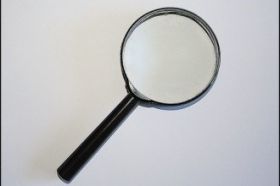 The Office of Fair Trading (OFT) has warned the Big Four audit firms of an imminent investigation to be conducted by the Competition Commission in light of questions hurled against their alleged market dominance in UK.

The OFT has told the Big Four – PriceWaterhouseCoopers, KPMG, Ernst & Young and Deloitte – that it will release today its decision on whether to refer the audit firms to the Competition Commission.

The announcement came after the Professional Oversight Board of the Financial Reporting Council released a damning report criticizing the Big Four audit firms, as well as BDO and Grant Thornton, for several shortcomings in raising skepticisms against companies and in strengthening their independence.

In May, the OFT confirmed that there were reasonable grounds to believe problems existed in the audit market that allegedly restricted, distorted, or prevented competition in UK.

The OFT’s provisional view came after considering a wide range of evidence that reflected in the recent report on audit by the House OF Lords Economic Affairs Committee. These competition problems, the OFT continued, qualify for referral to the Competition Commission, meeting the statutory test for reference in Section 131 of the Enterprise Act 2002.

In November last year, the House of Lords Economic Affairs Committee asked the auditors why they signed off the banks as a ‘going concern’ during the lead up to the 2008 financial crisis.However, executives from the Big Four accounting firms insisted the audit companies were never to blame for not sounding the alarm when the banking sector was in the verge of falling.

The Big Four argued it was beyond their business to do assessment in failing companies after the House of Lords Economics Affairs Committee questioned the role of audit companies during the financial crisis.

Lord MacGregor, chairman, reported that the Committee’s “principal recommendation was that the Office of Fair Trading (OFT) should investigate the audit market in the UK, with a view to a possible referral to the Competition Commission.”