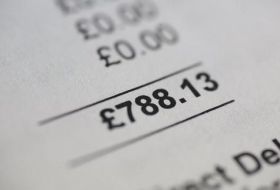 Britain’s four major accountancy firms are facing their own audit after a watchdog recommended a full-blown competition inquiry into the industry.

Deloitte, KPMG, Ernst & Young and PricewaterhouseCoopers, which are responsible for checking the books of nearly all of the UK’s largest companies, were criticised last year by a House of Lords committee over conflicts of interest and the quality of published accounts.

The committee also said the failure of auditors to communicate regularly with regulators ahead of the banking crash of 2008/09 amounted to a “dereliction of duty”.

In a statement on Friday, the Office of Fair Trading (OFT) said it had been concerned for some time that the market is highly concentrated, with substantial barriers to entry and switching.

It has been holding talks with the interested groups since May on possible remedies but decided a Competition Commission inquiry is the “appropriate response to our long-standing competition concerns in this market”.

A final decision will be taken following a six-week consultation period, but the four companies are said to be prepared for a full competition inquiry.

Deloitte, one of the four firms facing investigation, said while it would welcome measures that increase competition, “they must not be to the detriment of audit quality and should not harm the UK’s competitive advantages”.

OFT executive director Clive Maxwell said: “A reference would give the Commission the opportunity to conduct a thorough investigation into this market and determine whether there are any adverse effects on competition.”

Earlier this year, the OFT, which used evidence from the Lords report, indicated a referral was possible when it said there were features of the audit market which “restrict, distort or prevent” competition in the UK.A final decision on a reference will be made before the end of 2011, the OFT added.