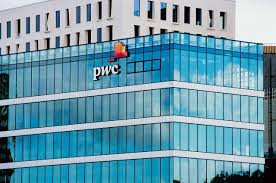 FTSE 250 UK merchant banking group has selected PwC as its new auditor after conducting a competitive and comprehensive tender process. PwC will replace Deloitte as the new auditor of the banking group once the shareholders approve this decision of the group’s management at the next AGM that will be held in November of this year.

Deloitte will continue in their role as the group’s auditor for the financial period ending July 31, 2017. Last year, the group paid Deloitte a total sum of £1.9m out of which £1.2 million was paid for rendering audit services and the remaining £700,000 was paid against non-audit services which were rendered by the group. This time around the big four firm was not invited by the group to participate in the tender process basically due to the time period for which the firm has been the auditor of the group and the revised EU and UK law with regards to rotation of the auditor for a listed company.

The group thanked and appreciated Deloitte with regards to its contribution to the group and the work the firm has performed as the auditors of the banking group.

Close Brothers is listed on LSE and is also a member of the FTSE 250. The group provides services such as deposit taking, lending, securities trading and wealth management services.