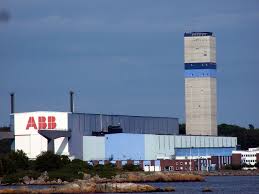 Swiss-Swedish engineering group ABB is all set to replace EY with KPMG as the new auditor of the group for the financial year (FY) 2018. With the decision of replacing EY as the group’s auditor, the group has ended a 16-year relationship with the big four firm.

The decision came after the company made an announcement in February that it discovered embezzlement at its South Korean unit.

The ABB thanked and appreciated EY for its contribution and the work and dedication they have shown in their role as the auditor of the group. The EY will audit the financial statements of ABB for the FY 2017 as approved by the shareholders at the company’s recent AGM.

The ABB also said in a statement that they are looking forward towards working with KPMG in the future.

The relationship between EY and ABB goes way back to 1994 when the firm first started auditing the company along with another firm before becoming the sole auditor to the group in 2001. According to the 2016 annual report of ABB, the big four firm was paid a total sum of $24.9 million for providing audit services and an amount of $4.6 million was paid to the firm for providing non-audit services to ABB.

In February, ABB announced that it has discovered an in-house fraud of $100 million at the company’s South Korean unit, which was planned and executed by a local treasurer. In a statement released at that time, ABB said that have fallen prey to a planned and well executed criminal activity which involved a significant embezzlement and misappropriation of funds in their South Korean unit.

After the announcement of their plans to replace EY as the external auditor of the company, the share price of the company increased by 0.29 percent which took the price to 24.37 Swiss francs a piece.