Bank of Ireland Appoints KPMG as their New Auditor 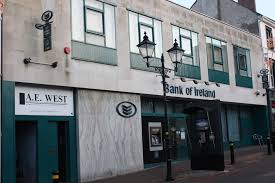 Bank of Ireland recently announced its decision of appointing KPMG as its new auditor replacing PwC which held the position of external auditor to the banking group for past 27 years.

The decision of selecting KPMG as the new auditor of the bank was made following a competitive tender process which was overseen by Bank of Ireland’s audit committee. The decision of conducting a tender process for appointing the banking group’s new auditor was made in the context of the new rules introduced by the European Union with regards to auditor rotation. As per the new rule, which was first introduced in 2014, a listed company is required to conduct a competitive tender process with regards to appointing its auditor at least once in every ten years.

Following a competitive tender process, the audit committee of the bank recommended KPMG’s name to the court of directors to be the new auditor of Bank of Ireland for the financial year ending December 31, 2018. KPMG’s appointment as the new auditor of the banking group is now only subject to stockholders approval at the Bank’s AGM that will be held in 2018.

PwC will continue in their role as the auditor to the banking group for the financial year ending December 31, 2017.

According to chairman of the Bank of Ireland’s audit committee, Kent Atkinson, Bank of Ireland would like to thank and appreciate PwC for its contribution to the group since the Big Four Firm was first appointed as the Group’s sole auditor in the year 1990.

Ken Atkinson also said that Bank of Ireland would also like to thank all the firms that participated in the tender process and that the Bank of Ireland is looking forward towards working with KPMG as the big four firm will be the new auditor to the banking group for the year ending December 31, 2018.