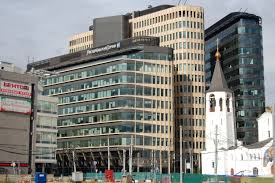 The National Bank of Ukraine has released a statement in which the bank announced that it has removed PwC from the list of audit firms that are permitted to audit banks in Ukraine. This decision was made in reaction to the findings that PwC failed in identifying a $5.5 billion ‘black hole’ in the balance sheet of privatBank, which is one of the largest commercial banks in Ukraine.

The Central bank said in a statement that the reason to the decision of removing PwC from the register of firms was that the audited financial statements of PrivatBank contained misrepresented financial information which PwC failed to identify in the prior audits of the said commercial bank.

The bank further said that the findings by PwC during the course of audit failed to highlight the risks PrivatBank faced and due to this the bank was declared insolvent and was nationalised last year with the state bearing substantial recapitalization costs in context of the bank being nationalised.

The decision of nationalization of privatBank was taken by the board of the National Bank of Ukraine. The decision was based on the recommendations suggested by the committee responsible for dealing issues related to audit of Ukrainian banks. In 2015-2016, the Central bank of Ukraine removed nine firms from the register of firms allowed to audit banks in Ukraine due to those firms violating audit policies and regulations.

PwC had audited PrivatBank from the mid-1990s until last year when the bank was nationalised by the government in the wake of claims of massive related party lending practices.

PwC remains committed to serving its clients in Ukraine across all sectors and lines of business.