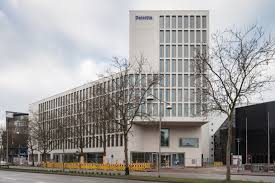 The FTSE 250 firm SIG decided to drop Deloitte as its auditor after the majority of the group shareholders voted against the reappointment of the Big Four firm at its recently held annual general meeting (AGM).

The SIG has said that the SIG board recognises that the votes casted against the re-appointment of Deloitte and the approval of accounts and annual report are substantial in number.

The SIG also said that the board takes the opinion of all of its shareholders very seriously, and want to take this opportunity to inform all its stakeholders that it is committed towards conducting a competitive audit tender process in accordance with the an EU audit regulations.

It has also been said that the SIG board intends to conduct meetings with the shareholders regarding the timing of the tender process as well as the practical implication of the resulting appointment of a new external auditor.

The main reason that could be contributed to the removal of Deloitte as auditor of SIG is the discovery of overstatement of the entity’s profit relating to the year ended December 31, 2016 and prior years and relating to the half year ended June 30, 2017 were overstated. The company said that the overstatement was discovered mainly due to a forensic review which was conducted by KPMG and Deloitte of the entity’s interior and insulation business in the UK following an allegation against the SIG group of accounting irregularities.

The review also discovered that account balances at June 30, 2017 relating to balances recoverable from suppliers that were brought forward prior to 2016 and some receivable balance accrued in the first half of the year 2017.

Deloitte had won the tender conducted by the SIG group to become their group auditor in 2005. The Big Four firm was paid around £1.6m in audit fees last year as per to group’s 2017 annual report.