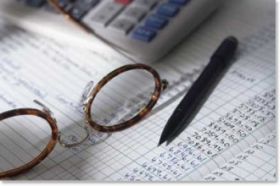 A city councillor in Windsor has criticized the audit report prepared by professional services firm KPMG for the construction of the WFCU Centre.

Alan Halberstadt said yesterday KPMG could have dug “deeper” than what it had reported in its audit, which “tends to soft pedal things.

The audit report was released during the councillor’s two-week vacation in British Columbia, a fact that drew remarks from Halberstadt’s fellow councillors. Halberstadt explained that he did not know that Mayor Eddie Francis would call for a meeting of the city’s executive committee to publicize the audit report.

Seemingly to fire back in his return, Halberstadt criticized the audit report, saying it was not the work of a “hard-hitting auditor general.”

He said he has always been opposed to hiring KPMG to conduct the audit of WFCU Centre. KPMG’s payment budget increased from $80,000 to $140,000.

He added that he already warned the council “that bringing in a firm like KPMG” will “escalate” costs.“I didn’t vote for it, so I don’t know how I can be blamed for the cost,” he said.

On KPMG’s findings, Halberstadt emphasized that the “post-construction review” was unlikely to be a true forensic audit, saying he has more questions for KPMG representative Paul Ross that he wanted a video record of the previous meeting.The councillor questioned the fact that the construction contract for the WFCU Centre was not up for bidding.

The $47.92 million cost of the deal solely came from PCR Contractors, which, according to KPMG, was “reasonable based on a consideration of the city’s bylaws and other factors.”Moreover, Halberstadt cast doubt on the city’s land swap with developer Shmuel Farhi.

The city allegedly gave Farhi a $2 million Riverside Drive property plus credit and tax relief in exchange for his east end site, which costs approximately $4 million.

KPMG concluded that the amount “appeared reasonable” despite the deal’s failure to meet the procedural requirements of city purchasing bylaws, Halberstadt complained.

No formal appraisal of the Riverside Drive property was ever conducted, he claimed citing the audit report, and that no public notice stated it was on the market while the city was striving for the $180,000 cleanup costs for the site.

Additionally, Halberstadt complained that the net revenue from WFCU Centre naming rights was approximately $500,000 less than expected; that the three community arenas sacrificed for the WFCU Centre have resulted in $435,000 in upkeep and demolition expenses that were not included in the project costs; and that city employee labour costs reached at least $500,000 approximately, which were also excluded from the project costs.

Halberstadt also lambasted the $8.7-million extension of McHugh Street, which was actually valued at $3.5 million. The amount was similarly omitted in the WFCU Centre project budget.