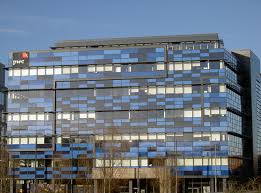 Independent airline operator Flybe has decided to replace Deloitte with PwC as its new auditor for the fiscal year ending March 31, 2019. This decision by the airline operator will see Deloitte replaced by PwC after 12-year period of service.

In 2017/18 annual report, the company said that it would conduct a competitive tender process with regards to appointing an external auditor for the financial year ending March 31, 2019. The purpose of conducting a formal tender process was to meet the relevant requirements laid down in the EU audit reform legislation.

The company now has announced its decision of appointing PwC as its new external auditor for the financial year ending March 31, 2019. The said matter will be presented to the company’s shareholders for their approval at the company’s next AGM that will be held on September 13, 2018.

The company has released a statement in which the company’s board thanked Deloitte for its years of services to Flybe.

According to the company’s last annual report, Deloitte received £593,000 against audit services while fee paid against non-audit assignments amounted to £16,000. In total the big four firm received £609,000 last year from the airline operator firm.