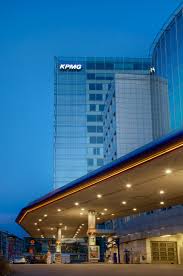 Securities regulator in Oman has suspended the big four firm KPMG from auditing entities for a year following an investigation that found major financial irregularities at some listed companies.

The regulator has said that decision of suspending KPMG has been taken in light of the investigation carried out by Capital Market Authority (CMA) of some listed companies which found accounting irregularities that needed to be addressed in order to protect entities’ shareholders and other stakeholders.

CMA has said that it reviewed and analyzed the factors leading to the irregularities including understanding the reason behind non-reporting of the irregularities by the entities’ auditors. The review established lack of due care and professional negligence on part of some of the audit firms.

The decision by CMA of suspending KPMG from performing audit for a year does not apply to audit engagements where the big four firm has already been appointed by the client company. In cases such as these KPMG is allowed to perform its duties as auditor of a client company. As per the laws and regulations applicable in Oman, KPMG is entitled with the right to appeal against this decision prior to independent review by an appellate authority.

CMA has also said that it is making necessary steps to further strengthen its regulations in light of the findings and experience gained from the recent cases so that to make sure that such incidents do not occur in the future. In order to avoid recurrence of such instances it is important that audit firms carry out audit of their clients in accordance with the relevant ISAs and financial reporting is in accordance with the requirements of IFRS that are applicable in Oman. The regulator also pointed out that most of the accredited audit firms that have been assessed have demonstrated adherence to requirements of auditing standards that are applicable in the sultanate.

It has further said that it expects all the audit firms against whom recent disciplinary action have been taken will conduct independent internal reviews to find the causes and make corrective measures to address the identified compliance issues. CMA has suggested that such firms should develop and implement a robust internal control framework in order to avoid such incidents from occurring in the future.

KPMG released a press statement in which it said that the firm will fully cooperate with the CMA in resolving these matters.

The firm further said that compliance with accounting and auditing standards is the highest priority in KPMG. The firm believes that improving audit quality is an integral element of its responsibilities and important for maintaining public confidence.
Share:
Source: ReadyRatios
Add New Comment