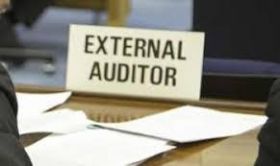 FTSE 250 Firm AJ Bell has appointed BDO as its new external auditor for the financial year ending September 30, 2020 replacing the big four firm KPMG after remaining in the said position for last 10 years.

AJ Bell has announced that BDO will audit its financial statements for the fiscal year ending September 30, 2020. The company made the decision of appointing BDO as its new external auditor after it conducted a formal competitive tender. The company’s existing auditor KPMG did not participated in the formal tender process but will complete the external audit of the company’s financial statements for the financial year ending September 30, 2019.

AJ Bell, which competes with investment firms such as St James’s Place and Hargreaves Lansdown, was listed on the London Stock exchange in 2018. Its annual report for the financial year ended September 30, 2018 revealed that the big four firm KPMG received £119,000 against audit fees, with an additional £81,000 for audit-related services and £611,000 for services other than audit, mostly related with corporate work. There was an increase of 51% in the 2018 audit figures when compared with the 2017 figures.

The annual report of the company did not gave any indication that the company’s has intentions of putting its external audit for tender.

The appointment is good news for BDO as the audit and consultancy firm recently won audits for property company Galliford and Try as well as car parts retailer Halfords, replacing PwC and KPMG respectively. This also shows that how some FTSE 350 companies are now prepared to look at firms other than Big Four as their auditor at a time of heavy scrutiny for the FTSE 350 audit market.