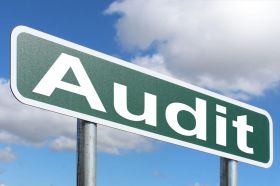 The FTSE 100 Listed Phoenix Group Holdings plc has decided to replace EY with KPMG for the financial year ended December 31, 2024

The big four firm EY has been the company’s auditor since 2018 so technically was in a position to continue auditing the insurance business, but the company’s board decided to change the auditor and put the audit services for tender. The business also made the decision to not ask EY for the tender, citing UK rotation rules.

EY earned total fees of £14.5m against audit and assurance services for year end 2020-21. The group acquired the ReAssure Group for £3.1bn during 2021, which meant EY was called upon to perform non-audit as well as additional audit work on the acquisition.

The Insurance business is one of the UK's largest retirement and long-term savings business with around £338bn of assets and 14 million customers under administration across both the heritage and life insurance and open pension businesses.

The proposed appointment of KPMG has been approved by the Phoenix's board after it conducted a formal tendering process which was monitored and led by the company’s audit committee.

According to a statement released by the Group, the big four firm KPMG will replace the other big four firm EY who wasn’t able to be part of the formal tender process due to their tenure, in accordance with the laws and regulations regarding the rotation requirements in the UK.

However, EY will continue performing its duties as the group’s external auditor for the financial years ending December 31, 2022 and 2023 subject to reappointment by the shareholders at the 2022 and 2023 annual general meetings.

No registration required!
But once registered, additional features are available.