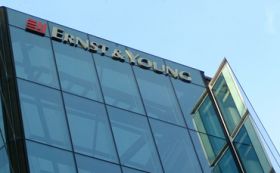 ERNST & YOUNG IRELAND is to be hauled before a disciplinary panel over its audit of troubled Anglo Irish Bank.
The firm faces accusations of sub-standard work on three counts, the Financial Times states, following a report by former Irish comptroller and auditor-general John Purcell.

E&Y might have tripped up on large loans made by Anglo Irish to its former chairman, Sean Fitzpatrick, and has also come under fire for a loan given to former bank director William McAteer.

E&Y Ireland yesterday said it "fundamentally disagrees" with the call for a disciplinary hearing, adding: "This is a preliminary stage of the process and, for the avoidance of doubt, there has been no adverse finding made against Ernst & Young in respect of the audit of Anglo Irish Bank."

The Chartered Accountants Regulatory Board will now set a date for the disciplinary hearing. E&Y is already embroiled in a legal tussle over its audit of doomed Lehman Brothers, and this accusation could be another blow to its reputation.