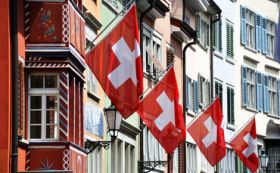 ACCOUNTANTS who are members of professional body are given specific statutory provisions under the UK-Swiss agreement, which was signed yesterday.

The deal gives UK residents with Swiss accounts the choice of making a full disclosure to HMRC or paying a one-off levy on the capital in their account and a withholding tax on future income.

It also allows specific provisions for non-UK domiciled taxpayers. These individuals can receive certification so they will not pay tax on unremitted money to the UK, assuming they are not liable to taxation on this money in the UK.

Article 4 of the agreement states that this certification can be given by "a lawyer, an accountant or a tax adviser who is a member of a relevant professional body".

John Whiting, tax director at the CIoT, says that there has been specific statutory provisions for members of accountancy professional bodies, but it does represent a step forward.

"If you go back a few years, when it came appearing in front of a Revenue general commissioner, it did mention an individual could be represented by lawyer of ‘member of an incorporated society of accountants'," he said. "It was eventually modernised by getting rid of the whole provision and allowing individuals to be represented by anyone."

However, the provision in yesterday's agreement is significant in two ways, he added. "First, it allows for certification of non-doms by professionals, but many would argue that HMRC should do this.

"Secondly, this recognises tax professionals as a separate profession. This is good and proper.
Ian Young, tax faculty technical manager at ICAEW, said that relevant professional bodies were mentioned as part of anti-money laundering provisions.

The Swiss provision is not a step forward, he added. "It is just a useful way of giving reassurance to the authorities over a statement of fact - namely, whether an individual is named as a non-dom on their tax return."