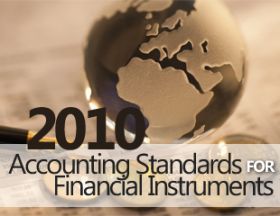 In August 2008, the Malaysian Accounting Standards Board (MASB) together with its trustees, the Financial Reporting Foundation, jointly issued a statement about their plans to converge with International Financial Reporting Standards (IFRS) in 2012 for entities other than private entities (hereinafter referred to as 'non-private entity'). Convergence with IFRS, besides facilitating comparability and increasing transparency of businesses, will provide Malaysian companies and our capital market the recognition they deserve as they operate in an increasingly global environment.

The MASB today issued an exposure draft, MASB Exposure Draft 75 IFRS-compliant Financial Reporting Standards (FRS) reaffirming its plan to fully converge with IFRS on 1 January 2012. The standards contained in the Exposure Draft, when finalised, will result in the Malaysian financial reporting framework being recognised as an IFRS-compliant financial reporting framework.

The existing framework is virtually the same as the IFRS framework except for IAS 41 Agriculture, IFRIC 15 Agreements for the Construction of Real Estate, different effective dates and additional transitional provisions in a lim ited number of standards. The Board will deal with entities affected with IAS 41 and IFRIC 15 separately. For all other entities, the Board does not expect significant impact arising from full convergence with IFRS.

MASB's chairman, Encik Mohammad Faiz Azmi said, "Accounting professionals and non-private entities are advised not to delay their preparations to converge with IFRS. In fact, non-private entities should have already developed and implemented its formal transition plan. On an individual level, all accounting professionals must make a personal commitment to be conversant with the new IFRS-compliant framework".

Interested parties, including the business communities, are encouraged to study the Exposure Draft and provide feedback to MASB. The deadline to comment on the ED is 29 July 2011. The Exposure Draft is available on MASB website at http://www.masb.org.my. The public is encouraged to provide their comments electronically through "Comment Online" on our website.