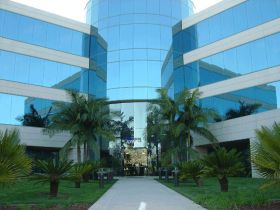 Under IFRS 10 Consolidated Financial Statements, an investor will consolidate another entity when it has de facto (effective) control over it, even if it does not control a majority of the shares. For example, 45 percent of the votes could be a sufficiently dominant interest to trigger consolidation – when other votes are widely dispersed. Additionally, under the new standard more potential voting interests such as options and conversion features will be considered and, coupled with other interests, could result in consolidation of an investee even before those rights are exercisable.

Paul Munter, KPMG’s global IFRS business combinations and consolidation leader, said: “The question of whether or not an investor consolidates an investment has significant consequences on the assets, liabilities, revenues and expenses that are included in the company’s financial statements. If an investor has control it will include all of the subsidiary’s amounts in the group accounts, albeit with potentially a significant non-controlling interest amount in the case where control is achieved while holding a minority of the voting rights.”

IFRS 10 also will affect companies using special purpose entities, such as financial institutions and other entities dealing with securitisation structures. IFRS 10 contains guidance on a number of factors that might tip the scales in favour of consolidation of such structures.

Mr. Munter continued: “With this new standard the IASB has revised the consolidation requirements for all types of entities using a single control model. The global financial crisis raised questions about the application of the existing consolidation standards to structured vehicles and raised concerns about the lack of information in the group accounts in respect of an investor’s non-consolidated entities. We anticipate new challenges in its practical application, including the continuous assessment of effective control. However, the new model addresses an area of diversity – legal versus effective control – that was identified in 2005 and this new standard has the potential to provide greater comparability in the consolidation conclusions, regardless of the form and structure of the investee. This should improve the transparency of financial reporting.”

IFRS 11 Joint Arrangements addresses cases where an entity has joint control, rather than sole control over an investee or operation. Under IFRS 11, a company will no longer have a free choice between a one-line pick-up of their net share of a joint venture entity (“equity accounting”) or inclusion of its share of each asset, liability, revenue and expense individually (“proportionate consolidation”). IFRS 11 requires that certain joint arrangements be equity accounted while for others, the investor’s interest in the individual assets, liabilities, revenues and expenses will be recognised. Commenting on IFRS 11, Mr. Munter said: “Moving from proportionate consolidation to equity accounting will affect each of a company’s financial statement line items, notably decreasing both revenue and gross assets, even though the net amount at the bottom line should be unaffected.”

“Although IFRSs 10 and 11 aren’t effective immediately, companies need to start assessing whether they will have a change in their consolidation conclusion or in the method of accounting for joint arrangements. The introduction of IFRS 10 and 11 could change the shape of the balance sheet for organisations in industries such as the mining, property and financial sectors, requiring preparers and investors to adjust to a new financial reporting regime”, concluded Mr. Munter.