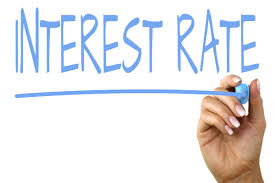 The International Accounting Standards Board (IASB) is consulting with regards to making changes to the accounting standards that deals with financial instruments, IFRS 9 and IAS 39, in wake of the reform to major interest rate benchmarks like interbank offer rates (IBORs).

The amendments to IAS 39 Financial Instruments: Recognition and Measurement and IFRS 9 Financial Instruments are designed to aid the banks in managing the transition from an old approach to a new one and provide relief from specific requirements of hedge accounting that could have resulted in the hedge accounting being discontinued mainly due to uncertainty arising from reform of interest rate benchmarks.

The Financial Stability Board (FSB) has reviewed some of the major interest rate benchmarks following huge criticism on the previously used approach, which included banks agreeing to a number of estimates.  The board’s report provides suggestions to reform some of the major benchmarks like IBORs.

Public institutions/ authorities in a number of jurisdictions have since taken actions to implement those proposed suggestions. There are some jurisdictions where clear progress has been made with regards to replacing existing rate benchmarks with alternative interest rates that are almost risk-free as they are based on transaction data. This has led to uncertainty regarding viability of some existing benchmarks in the long-term.

International Financial Reporting Standards (IFRS) requires business entities to make good use of forward-looking information when applying hedge accounting. The board has said that there is uncertainty surrounding the current benchmarks as to when they will be replaced and with what interest rate.

Without the amendments proposed, this uncertainty surrounding interest rate benchmarks could force a company in discontinuing hedge accounting mainly due to the reform’s impact on its ability to make assessments that includes information which is not credible but also forward-looking. This could lead to the information provided by the entity’s financial statements to be less useful to the investors and other stakeholders.

IASB chairman, Hans Hoogervorst has said that the board has quickly responded to the recommended changes that will aid in addressing the uncertainties revolving around reform of benchmarks until its outcome is crystal clear.