IASB Publishes Proposals for Amendments Under its Annual Improvements Project 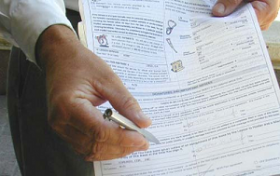 The proposed amendments reflect issues discussed by the IASB in the project cycle that began in 2009. These amendments meet the enhanced criteria for the annual improvements process that were approved by the IFRS Foundation Trustees in February 2011 as part of a revision to the Due Process Handbook for the IASB. The revised criteria were developed to help determine whether a matter relating to the clarification or correction of IFRSs should be addressed using the annual improvements process.

The proposed effective date for the amendments is for annual periods beginning on or after 1 January 2013, although entities are permitted to adopt them earlier.

For more information about the criteria used to determine whether a topic should be added as part of the annual improvements projects, visit http://www.ifrs.org/How+we+develop+standards/CriteriaAI.