Deloitte Hit Back at AADB Complaint 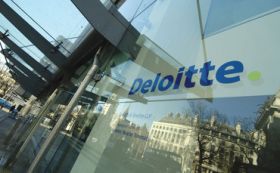 DELOITTE HAS hit back at the decision by the profession's watchdog to investigate its role in the collapse of car maker MG Rover.

The Accountancy and Actuarial Discipline Board (AADB), filed a complaint against Deloitte and its retired partner Maghsoud Einollahi, to its independent tribunal arm for their role in the collapse of MG Rover.

However a spokesman for Deloitte has said the firm is disappointed with the decision.

"We are disappointed that the AADB has taken the view that limited aspects of our advisory work relating to two transactions in 2001-2 falls short of acceptable standards.

"We do not agree with the AADB and are confident that when all the evidence is considered, the tribunal will conclude that there is no justification for criticism of either Deloitte or our former partner Mr Einollahi."

The AADB's main concern is over the relationship of Deloitte with the "Phoenix Four", a quartet of businessmen who led the purchase of MG Rover from BMW in 2000.

The Phoenix Four were disqualified following an investigation by the Insolvency Service that they received large financial rewards from the company prior to its collapse in 2005.

Deloitte and corporate finance partner Maghsoud Einollahi gave corporate finance advice to the Phoenix Four and MG Rover, as well as working with the car maker as its auditor. The AADB alleges they failed to adequately consider the public interest.

A statement from the watchdog said: "The conduct of Deloitte & Touche and of Mr Einollahi fell short of the standards reasonably to be expected of ICAEW members and member firms.

Deloitte said it was pleased the AADB confirmed there are no grounds for complaint in relation to its audit work.