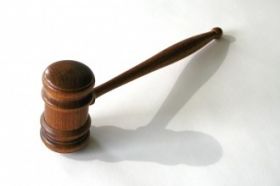 Weitzen and Manza consented to entry of the final judgments without admitting or denying the allegations made by the Securities and Exchange Commission that they engaged in fraud and other violations of the federal securities laws in connection with Gateway’s recognition of revenue in the third quarter of 2000.

The SEC alleged that the defendants falsely represented Gateway’s financial condition in the third quarter of 2000 in order to meet financial analysts’ earnings and revenue expectations.

Among other transactions, the SEC alleged that the defendants caused Gateway to record $47.2 million in revenue from a one-time sale of fixed assets to Gateway’s third-party information technology services provider in violation of Generally Accepted Accounting Principles (GAAP), and that Manza and defendant John J. Todd, then Gateway’s CFO, caused Gateway to recognize an additional $21 million in revenue from an incomplete sale of computers to a second entity, also in violation of GAAP.

The SEC alleged that absent either of these transactions, Gateway would not have met analysts’ expectations with regard to its third quarter revenue.

Manza consented to be barred for five years from acting as an officer or director of a public company, and to pay disgorgement of $85,150, constituting his salary and bonus for the relevant quarter, together with prejudgment interest thereon of $75,551.43 totaling $160,701.43, and a $110,000 penalty.

On May 30, 2007, the Honorable Roger T. Benitez overturned the jury verdict as to the fraud and certain other claims. The SEC appealed that ruling, as well as the District Court’s prior August 1, 2006, grant of summary judgment to Weitzen dismissing the SEC’s case as to Weitzen.

On June 23, 2011, the Ninth Circuit reversed those rulings and remanded the matter to the District Court.

The case remains pending as to defendant Todd.