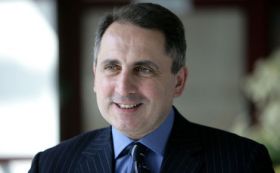 AN ACCOUNTING academic has said that the Financial Reporting Council (FRC) should be scrapped because it has failed to deal with major accounting and auditing problems highlighted by the banking crisis and supported "onerous and costly" reporting rules for small and medium-sized businesses.

In response to a consultation on plans to streamline the UK's regulator for accounting and auditing and corporate governance, Stella Fearnley, professor in accounting at Bournemouth University, said the FRC had "failed to take an effective lead in the UK's interests regarding both the accounting and auditing problems associated with the financial crisis and market concentration in the audit market".

A joint consultation with the department for Business Innovation and Skills and the Financial Reporting Council suggested narrowing the body's regulatory functions and streamlining its structure, but Fearnley said more radical changes were needed.

She added the FRC should be disbanded and its oversight of listed companies taken over by a separate securities commission with "overall responsibility for market regulation and oversight of standard setting, and enforcement of accounting and auditing activities".

The FRC did not respond to requests for comment.

Fearnley also said the Accountancy and Actuarial Discipline Board should be abolished because its remit is too limited.

"Qualified accountants and firms in the listed market should be treated like any other party suspected of committing an offence and if they are found guilty, it should up to the professional bodies to decide on their continuing membership," Fearnley wrote in a submission to the FRC consultation last week.

She said small and medium-sized businesses and the not-for-profit sector had "been badly served by the FRC for a long time".

Fearnley added an independent commission should be set up to focus on accounting and auditing regulation of these two sectors.

Last October FRC chief executive Stephen Haddrill told Accountancy Age that the proposed consultation changes to the FRC would enhance its position as an independent regulator.