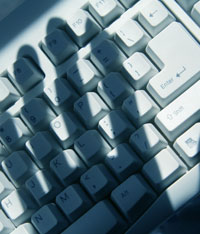 Kikukawa, Mori and Yamada were arrested last month as investigations continued into what is emerging as one of Japan's biggest corporate scandals, following revelations that £1.1bn in losses from investments made during the 1990s had been hidden by disguising them through inflated and dubious transactions recorded in the accounts.

The scandal unfolded in October after former chief executive Michael Woodford was sacked by the Olympus board following his questioning of the company's accounting methodologies.

The six were arrested on suspicion of filing false financial statements to cover up massive investment losses through opaque takeover deals at Olympus. The camera maker has already confessed to hiding the huge losses over a 13-year period.

‘We take these charges very seriously and will continue to strengthen our corporate governance,’ Olympus said in a statement. ‘We again express our deep apologies to shareholders, investors, business partners, customers and other related parties for causing trouble.’

Shares in Olympus have plunged by 50% in value since the scandal unfolded.

In January this year, auditors KPMG and Ernst & Young were both cleared of responsibility for the fraud by a panel of lawyers appointed by the company.