Firm Returns to its Roots for 175th Birthday 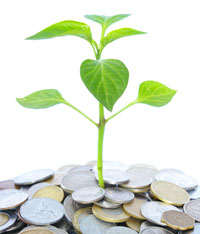 A firm is celebrating its forthcoming 175th anniversary by returning to the name it originally started with.

Begbies Chettle Agar and its associates Begbies Playfoot, Shooter Greene and Begbies Lipowicz will all trade under the name Begbies Chartered Accountants, the title it began with in 1837.

Robert Maples, managing partner, said: ‘Over the years we have grown as a result of a number of acquisitions and mergers and although the firm has always operated in a unified manner, our associate firms were trading under different names and visual identities.

‘The firm has undergone a lot of changes in 175 years but it was Begbies when it was founded and we wanted to acknowledge that part of our history.’

The firm which has remained independent throughout its history, is unaffiliated with Begbies Traynor but has offices in London and Kent, with 40 staff and six partners including Leslie Lipowicz who will be made a partner on 2 April.