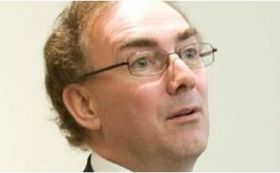 The ADMINISTRATORS to Lehman Brothers International (Europe) have announced their intention to make an interim dividend payment to unsecured creditors, including the taxman, before the end of the year.

The seventh progress report from the administrators made the announcement today and outlined a further £1.8bn of cash the team has recovered.

Lomas, (pictured) partner at PwC, said: "We are pleased with the progress in the past six months of the administration, which has seen a further £1.8bn of cash recovered, almost £1bn more creditor claims agreed and another £200m of assets returned to clients. These numbers represent substantial recoveries for LBIE and its clients."

"However, the Supreme Court client money judgment handed down in February has confirmed that entitlements extend beyond those Lehman clients for whom cash was actually segregated prior to the insolvency. This will have the effect of potentially diluting the recovery that client money claimants are going to make. We have now begun the challenge of agreeing with individual clients the extent of their entitlements, hoping not to need to seek further court guidance, which would otherwise materially slow the return of client money."

When it collapsed in 2008, LBIE became the largest bankruptcy filing in US history. The administration has been extended for a further five years to November 2016.

There are between £14.7bn and £47.9bn of unsecured claims against the collapsed investment bank.

In the report the administrators said a payment to unsecured creditors is likely to take place on 31 December 2012, however, they have applied to the High Court to bring this date forward.

Creditors must submit their proof of debt before this date, once the administrators have this information they will be able to calculate the first dividend.