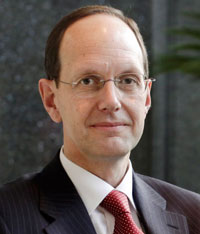 The CBI has stepped into the increasingly fractious debate on corporate tax, defending the use of low-tax jurisdictions and embracing the government’s proposal for a General Anti-Abuse Rule (GAAR).

At the launch of the business lobby group’s latest report, ‘Tax and British Business: Making the Case’, CBI director general John Cridland said UK businesses pay around a quarter – some £163bn - of the country’s total tax revenue, and that a competitive tax system is essential to the economy and prosperity.

‘UK businesses need to be competitive on the world stage and are perfectly entitled to operate in low-tax jurisdictions for legitimate business purposes,’ said Cridland. He stressed that there is clear distinction between transparent low-tax jurisdictions and “tax havens” that hide behind a cloak of secrecy.'

Responsible businesses do not tolerate tax evasion, abusive tax arrangements with no commercial purpose, or “black-box” schemes, he added.

On the GAAR proposals, Cridland said he thought it had struck the right balance. ‘Some have claimed this has no teeth,’ he said. ‘On the contrary, the proposals look both proportionate and effective, focused on highly abusive, artificial avoidance schemes which serve no commercial purpose. These schemes should be weeded out and the GAAR will play an important role in doing so.'

Cridland welcomed the announcement that by 2014, the UK’s headline rate of corporation tax will be the fourth lowest in the G20 at 22%.

‘The CBI’s long-term ambition for the headline corporation tax rate is 18%. This isn’t special pleading. It’s a level-headed analysis of what the economic multiplier effect would be – in other words, the impact taxes actually have on the ground and on people’s lives.