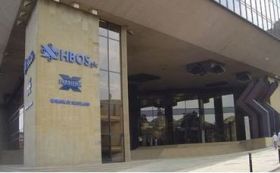 KPMG HAS BEEN referred to the accounting standards watchdog over its work as auditor of HBOS in the period leading up to the bank's government-backed rescue by Lloyds TSB.

HBOS whistleblower and former head of risk, Paul Moore, told the Sunday Telegraph that he formally referred KPMG to the Financial Reporting Council "because I have crossed the Rubicon with KPMG".

Moore, who was a former KPMG partner, claimed he was fired by HBOS after he issued warnings about the risk carried in the bank's loan book, telling the Treasury Sel ect Committee in 2009 that the bank was going "too fast".

A 2005 report by KPMG found that Moore lost his job because of personality clashes with executives at HBOS.

In March, an investigation by the Financial Services Authority found that HBOS hid the deteriorating health of its sub-investment grade debt portfolio fr om KPMG.

The City watchdog said that Bank of Scotland, a subsidiary of HBOS, was guilty of "serious misconduct" between January 2006 and December 2008, which contributed to the UK government having to inject taxpayer funding into HBOS.

The investigation found that Bank of Scotland did not have appropriate systems and controls appropriate to the high level of risks in its corporate division, which pursued an aggressive growth strategy focused on high-risk, sub-investment grade lending.

According to the FSA, a lack of adequate systems and controls ensured the bank failed to spot the full extent of the stress within the corporate portfolio, which also meant it was not visible to its auditors at KPMG.

Pirc is urging institutional investors to vote against the bank's annual report; auditors and audit committee chair because it claims it has failed to provide a "true and fair view" of its financial position.

KPMG said it "stands by the quality of its work at HBOS". The FRC declined to comment.