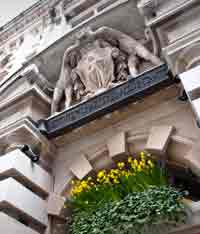 The coffers were boosted by £2.4m in one-off fines and recovered past costs from the Accountancy and Actuarial Discipline Board (AADB), although it had to pay £2.7m in AADB administration costs.

Consolidated outcome for the year, including the results of ICAEW's charitable trusts, was a surplus after tax of £4.5m – up £2.5m on 2010.

While the ICAEW's defined benefits pension scheme was closed to further member benefit accrual from 30 June 2010, its pension deficit increased by £900,000 to £6.6m.