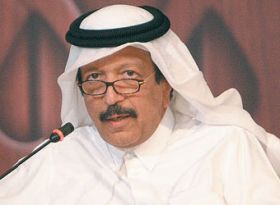 The object was to promote and endorse, further, the in-pouring and continued influx of interested foreign investors in Qatar, and to provide tax relief from corporate tax cost for both current and newly established businesses, as well as for permanent and non-residents. The tax bracket system from a minimum rate of zero to maximum of 35 percent was superseded by a substantially simplified taxable profit flat rate of ten percent. This rate, which applies as of the beginning of 2010, will exponentially reduce the tax cost, as well as dropping the administrative burden on companies and increasing certainty regarding group’s taxation affairs.

The new tax law stipulates a five percent withholding tax on payments made in respect to technical remunerations, as well as on certain interest: commission, brokerage, management, attendance and service fees paid to non-residents which was set at seven percent.

However, this new tax rates are not applied to entities established in Qatar Financial Centre. Such entities, being located of Qatar, are not considered non-residents to whom the withholding tax obligations attach. Qatar offers the some of the world’s lowest tax rates in an ongoing effort to stimulate foreign
investment.