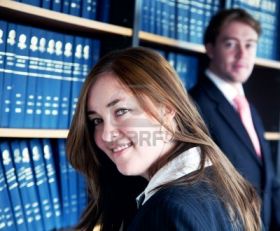 NEARLY a year after President Obama signed into law a huge overhaul of financial regulations, little on Wall Street seems to have changed. Regulators appear to be dragging their feet on finalizing the tough new rules that the law, known as Dodd-Frank, authorized them to write. The Consumer Financial Protection Bureau has yet to get off the ground. State attorneys general are still pressing mortgage servicers for a financial settlement over the widespread fraud and abuse in lending practices.

It will take decades to fully untangle the causes of the 2008 financial crisis, but as our economy fitfully heals, it would be prudent to ask whether lawyers and accountants offer the same protection against corporate misconduct that they once did.

Three or four decades ago, investors and regulators could rely on these professionals to provide a check on corporate risk-taking. But over time, attorneys and auditors came to see their practices not as independent firms that strengthen the integrity of capitalism, but as businesses measured chiefly by the earnings of their partners.

When my father finished Harvard Law School in 1948, he went to work at one of the best law firms in New York. It was an era in which top-end legal work for the nation’s biggest companies was handled by a limited number of firms that drew their entering lawyers fr om a handful of schools. But that didn’t mean instant prosperity for the new attorney. Earning $3,600 a year, my dad shared a two-bedroom apartment in Greenwich Village with three classmates. At the time a United States District Court judge was paid a salary of $15,000. Today, a judge’s salary has gone up slightly more than tenfold, a bit more than the increase in inflation. A new lawyer at the firm where my father worked, however, is pulling down well over 40 times what my dad first earned.

I also began my career in New York, in 1976, as an auditor with one of what was then the Big Eight (now the Big Four accounting firms). Salaries were increasing, but top-tier accounting and law firms were still operating pretty much as they always had. To be sure, you lived well. But moving up the ladder, you didn’t expect to get rich. Wealth was reserved for business owners (and generally for corporate executives), talented investors and investment bankers who risked their own capital. One’s stature derived fr om the respect accorded an independent professional. The mission of the junior accountant or lawyer was clear to all: help clients adhere to professional standards and follow the law. Beyond that, do your best to differentiate your firm based on superior service.

Necessarily, the actions of outside professionals were guided by a cautious orientation. I remember one partner advising a bunch of young auditors examining the financial statements of several of the biggest companies in the world, “If you try hard enough, you can always make the numbers add up.” His point was clear: technical compliance alone was not sufficient. Substance mattered.

Lawyers and accountants who were once the proud pillars of our financial system have become the happy architects of its circumvention. Nowhere is this more the case than in the world of tax law. Companies (and wealthy individuals) pay handsomely for tax professionals not just to find the lines, but to push them ever outward. During my tenure at the Internal Revenue Service, the low point came when we discovered that a senior tax partner at KPMG (one of the Big Four, which by virtue of their prominence set standards for the others) had advocated — in writing — to leaders of the company’s tax practice that KPMG make a “business/strategic decision” to ignore a particular set of I.R.S. disclosure rules. The reasoning was that the I.R.S. was unlikely to discover the underlying transactions, and that even if we did, any penalties assessed could be absorbed as a cost of doing business.

Just what role outside professional firms played in the genesis of the financial crisis has not been adequately explored. Perhaps it never will be. But at a minimum, we know that the widespread documentation problems associated with bank foreclosures demonstrate that in too many instances, attorneys and accountants abandoned their duties to assure integrity. Further, it seems unlikely that professionals will, of their own initiative, return anytime soon to their traditional posts as vigilant sentries guaranteeing the financial system’s integrity.

WHAT should be done? For starters, Congress should take a hard look at the doctrine of attorney-client privilege as it applies to corporations. Communications pertaining to patents, or threatened or actual litigation, should remain protected. But communications about, say, commercial transactions and financing and even government-mandated filings and disclosures might not. Simply stated, lawyers will be less likely to stretch the acceptable to earn a high fee or secure repeat business if their counsel is subject to more outside scrutiny.

This would no doubt change the way regulators and prosecutors examine the roles of outside lawyers and law firms when investigating significant corporate failures — a good thing, in my view.

To open this can of worms would touch off howls of outrage from the American Bar Association and others. Nevertheless, such a debate would be healthy, especially when policy makers are struggling to find the proper distinction between the rights and protections afforded companies versus those granted to individuals, notably in the political process.

A second idea is for corporations to reassess their compensation practices for financial and legal executives. Just as some large businesses are moving to separate the position of board chairman from that of chief executive in order to provide for stronger governance, companies might also consider development of a new pay scheme for their financial and legal personnel. This would mean paying handsome, multiyear fixed salaries to the chief financial officer, the general counsel and their top deputies — but without offering the opportunity for equity participation. Such an approach would sharply lim it the temptation to inflate shareholder value at the expense of business substance.

Big businesses have always sought to gain competitive advantage over others and certainly to minimize taxes, as have any number of taxpayers. Fair enough. But we have seen that globalization, business complexity and an unworkable tax code have obscured the understanding of risk. Politicians are reviewing our system of corporate taxation — none too soon if our nation is to prosper as it has in the past. We should look at all the moving parts in our financial system — starting with the outside professionals — not just Wall Street and Washington

about partners billing over $1,000 per hour. Said one such lawyer, “The underlying principle is if you can get it, get it.” Imagine a doctor saying that, for attribution, about an organ transplant.