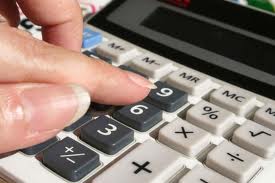 The Department of Business on February 27 announced a short consultation on the plans for putting into practice the new EU-led rules for the accounting of micro-entities. This mainly focuses on plans relating to exemptions. This short consultation of three weeks seeks for response on proposals of the European Directive’s UK implementation that exempts smaller businesses from certain obligations on financial reporting. The government is mainly trying to find the costs that will be incurred in implementing the proposals and the potential benefits and unpredicted consequences of the proposals. According to the EU, micro-entities are companies which should be in the limits of at least two criteria among three on the date of balance sheet. The three criteria are £289,415, balance sheet; £578,830 net turnover and during the financial year the average number of employees are 10 or less.

If the proposals are implemented then there would be a major change in the accounting of smaller businesses. By the end of this year, the revised FRSSE is to be issued that may have some unplanned effects on the plans. A company whose turnover is less than £ 6.5m will be affected by the revised FRSSE and it has to be updated because of the new UK GAAP’s initiation in 2015. CCH audit and accounting manager, Julia Penny said that both the micro-entities rules and revised FRSSE would lead to duplication, so there was no need for revised FRSSE when the micro-entities rules are agreed. However, she feels that though some people may not think likewise but this issue is not irrelevant.

The micro-entities can have quite a reduced profit and loss accounts and balance sheet with the new rules. The consultation closes on 22 March 2013.