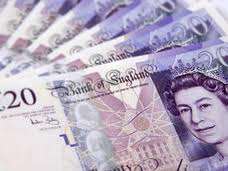 A new policy has been emerged by Pension Policy institute (PPI) which suggests that single tax rate to be imposed as relief of 30% which is going to encourage more basic savings for retirement by the taxpayers with little cost to the government.

In this regard, it has been estimated that low earners have to pay around 50% of pension contributions but are receiving 30% of tax relief only. On the other hand, higher earners are making 40% of total contributions and receive 50% tax relief.

The director of Pension policy institute Chris Curry said that although the value of saving has not been increased but the recent reduction has revealed the cost of tax relief.

He also added that single rate on tax relief being applied to all pension contributions could bring number of advantages in this regard.

Pension Policy institute (PPI) has explained that around £35bn has been estimated as tax relief on pension contributions; this is formulated under the current system which also introduced the single rate which is going to amount to a similar cost.

It is also being assumed that a single rate being imposed at the basic rate of income tax could cost £22 billion that will be imposed on the higher rate of tax.

In this regard, the proposal has been considered “complicated” by the head of pension’s research Tom McPhail, Hargreaves Lansdown

He believes that in the report prepared by Pension Policy institute (PPI) the tax implications have been analyzed in order to the changes to the rules. He further added that qualitative analysis on behavioral responses has been missing.

Institute and Faculty of Actuaries (IFoA) president David Hare sheds light on the report and regards it as “worthwhile” and considered that tax is one of the aspects of pension saving decision. Employer sponsored provision helps in saving the pension and this can play a significant role in increasing the auto-enrolment, said President David Hare