Annual Assessment of Funding of IASB Recommended by the ECON 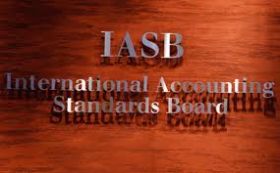 The draft and provisional reports of the Committee on Economic and Monitory Affairs (ECON) of the European Parliament have been posted on the internet. One of the reports is "'Report on the proposal for a regulation of the European Parliament and of the Council on establishing a Union program to support specific activities in the field of financial reporting and auditing for the period of 2014-2020". Among other things, it deals with the funding of the International Accounting Standards Board (IASB).

This draft report has gone through its first reading and it states that the international accounting standards should be of high quality and they should be compatible with the EU laws. The report believed that the public money should be spent to ensure that international accounting and auditing standards meet the EU's reporting needs. Following amendment is included in the draft report: "Those funding arrangements depend on whether the IFRS Foundation and IASB implement the proposals of the Union regarding their governance; whether the Union accounting concepts, in particular with regard to 'prudence' and the requirement for the 'true and fair view' are appropriately considered in the revision of the Conceptual Framework; whether the IASB decides not to include those concepts in the revised Conceptual Framework; and whether the IASB provides reasons for its decision, including publishing the details of the jurisdictions, non-governmental organizations, undertakings or other stakeholders, which objected to those concepts."

Furthermore, the ECON suggests that instead of providing the funds for six months in one go, the funding should be made annually in stages on the basis of an annual assessment of achievement of certain criteria. It states that " Financing under the Program shall be provided in the form of operating grants, shall be awarded on an annual basis, and shall be conditional on compliance with criteria relating to the objectives and content of the standards, and with criteria concerning developments in Union governance, namely regarding EFRAG, the IFRS Foundation and IASB."