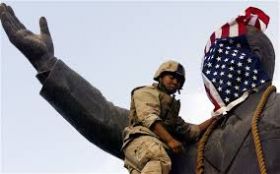 ACCA’s report, Pillage: a new threat to global supply chains, explains the risks of prosecution faced by Companies all over the World because of the complexities of supply chain which expose them to pay for the pillaged goods and materials. These goods and materials have been pillaged by criminals and terrorists – even Isis fighters in Iraq from different war zones. As per foreign intelligence agencies, this act of pillaging is a source of funding for the various criminal and terrorist bodies.

As per the report the complex nature of the supply chains have made it easier for pillaged goods to enter within the cycle. Simply put, the handling of pillaged items falls under the definition of money laundering, which further expands the scope of prosecution.

According to Jason Piper, ACCA’s Technical Manager, Tax and Business Law, the globalisation and inter-related supply chains have re-emerged the pillage as a prosecuted offence in the 21st Century, which had almost disappeared after the Second World War. Jason Piper further added that handling of pillaged goods or proceeds from them is an option for prosecution as well along with the original theft. This is substantiated from the example that goods and raw material pillaged from Syria once sold, they enter within the machinery of Global trade and users from around the globe will be buying these goods. In other words, these multinationals are indirectly financing these criminals.

In addition to highlighting the possible legal threat faced by Companies, Jason Piper also mentioned the reputational damage caused by the involvement of pillaged raw material in to their supply chains.

The report points out that finance professionals have a vital role to play in shielding Companies supply chain from getting polluted through pillaged goods by planning effective assurance systems. The report further states various government-led initiatives in this regard. However, these systems which might be effective but end up eating a lot of the resources and making the business uncompetitive to its less scrupulous competitors. As a result, businesses will have to look for more effective and efficient means of protection.