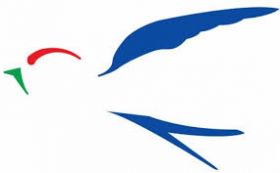 The term of the president of European Union’s (EU) Council expires after a period six months. During the six months tenure, president heads the meetings of council and helps to ensure the continuity of EU’s work in council. On July 1 2014, the Prime Minister of Italy, Matteo Renzi became new president of EU’s Council.

The CEO of Association of Chartered Certified Accountants (ACCA), Helen Brand, stated that the presidency is being changed at a very specific time. She said that this is start of new European Parliament’s (EP) legislature. She further added that European Commission will beestablished in the month of November and with summer break of EP, President will have only few months to do some substantial council work before his term expires in December. Hence the challenges faced by Italian Presidency are more of political nature which was not the case with its two forerunnerswho had to face technical issues before European Union’s elections.

Matteo Renzi has already expressed his intention to go for a specific targeted agenda which in particular will focus on growth and long-standing investments in Europe, establishing the correct platform for solidity and implementation of Growth Pact. ACCA appreciates this commitment by the president and it believes that growth and employment are two linked core values of Europe.

Helen Brand explained that the outcome of latest European elections and upsurge of Eurosceptic parties indicate the need to recuperate the confidence of people of Europe. She added that therefore we believe in Italian Presidency’s ideas to move “from austerity to full-blown growth policies” as quoted by the Prime Minister Renzi.

She continued that it is important to effectively complete the shift from implementation of restraining policies- imposed at the time of crisis to protect public wealth, to new dependable, rigorous and growth-aiding rescue procedurestargeted at prosperity.

She said that ACCA believes that right legislation is important to allow economy to recover.For this purpose small and medium size entities which provide around two third of employments should be the focus of European Union’s economic recovery plan. She concluded that we hope Italian presidency is able to achieve its objectives.