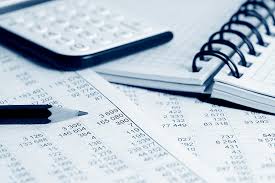 BDO is one of the top six international audit firms. It has anoffice in Ireland which includes a partner, Brian McEnery.He is a specialist for health care consulting and corporate restructuring. He has now been selected as the Vice President of Association of Chartered Accountants, ACCA an international accountancy body.

He attained his ACCA membership in 1998 and five years later he claimed Fellowship and has been an FCCA since 2003.In 1997 he started active participation in local Centre and since then he has been active part of Munster district network, Association of Chartered Accountants’ Ireland related activities and local Centre.

He has been a non-executive chairman of Ireland’s social and health care regulator body Health Information and Quality Authority (HIQA) and also has been a non-executive director of National Asset Management Agency (NAMA). NAMA is known as Ireland’sbad bank, a body created by Ireland’s government in 2009 to deal with financial crisis. Its function is to acquire property development loans from Irish banks in return for government bonds, apparently with a view to improving the availability of credit in the Irish economy.

Brian McEneryis married and participates actively in public activities. Brian said that he feels very proud being member of global professional accountants body (ACCA)which is working towards the financial and professional development all over the world.