One Code to Rule them all: ICAEW Cal New Approach to Business Behaviour 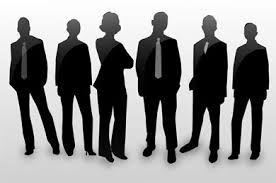 Over the years, there has been an immense change in the way capital markets are systemized and how companies function and interact. Fund providers have become more diversified, both geographically and categorically. While the value of intermediaries has elevated and the scope of their services has expanded.

Mean time, the interest of public has surpassed the superficial business activities of companies, which was triggered by the worldwide financial crisis. During which the financial institution were bailed out using the tax payers’ money. In addition to policy and public makers, shareholders are now contributing in the audit of executive compensation and tax.

New codes are improvised whenever any imposing corporate failures surfaces to inhibit their recurrence. That marked the development of the UK Corporate Governance Code, first imposed in 1992. Codes that are being used were laid by the committee preceded by Sir Adrian Cadbury. They also introduced the ‘comply or explain' approach through which the listed companies comply with the Code. Code has been updated several times, but the main target is boards, including the structure, processes and boards' intercommunication with shareholders.

A challenge to the Code today is that the debate on corporate governance is increasingly broadening. Apart from the boards and shareholders, other people also have a significant impact on the company culture and conduct.

Lately, in an article, ICAEW has proposed a new set of principles called the ‘framework code’ that would ensure a good practice of corporate governance amongst and within companies. These principles should be manifested in all governance associated codes.

There has been an ever increasing development for codes for both boards and specific groups. For instance, for the asset managers, the UK Stewardship Code was published in 2010. The codes are made for audit firms, private investors, remuneration consultants and executive search firms. The inflation of intermediaries is a sign for the continued development of code. In the changing public’s trust and confidence all companies need to put in a cumulative effort.

The framework code approach comes with the benefit of following code-based regime, introducing group specific codes and exercising the sense of responsibility.Codes have the power to change human behavior which in turn alters business behavior without introducing a new legislation.