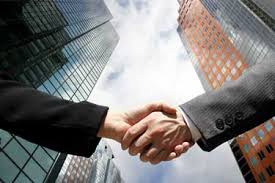 Efforts made to increase the number of mergers, during the course of 12 months, have expanded BDO’s revenues by 8.8% for the fiscal year ended 30 September 2014.

According to the firm’s report, 28 mergers in number have jacked up the entire fee income for the year by $7.02bn which equates to GBP 4.48bn.

During the year more firms joined BDO in Réunion Island, Bangladesh, Fiji, Sierra Leone and Papua New Guinea. Other than that a number of firms expanded their domain, for instance by adding Maldives (Sri Lanka), Laos (Malaysia), and Afghanistan (Pakistan).

The strategy behind the achievement was partly the firm’s expansion (11%) and organic growth (11%) to the same extent.

Organic augmentation has gained momentum due to the ever increasing requirement for services over all the business lines. These include tax (22.7%), assurance (21.3%) and consulting (23.3%). Each of these practices has assisted in elevating the revenues to a degree.

Over a period of one year, the Firm has managed total of four acquisitions. One of the main additions is the top 100 firm Alpern Rosenthal located in Pittsburgh. Rests of the two are in the Texas market.

The sum total of the revenues in America is 11.1% with Latin America being the prime reason contributing to the increase. It has progressed nationally by distributing its offices in 20 cities, which boosted the revenue by 17%.

Other references show a 27% increase in revenue in a year when a UK firm merged with PKF. In Norway, the rise is 10m yearly from a seven firm merger.

CEO of BDO, Martin van Roekel said that the need for consolidation of the large firms is determined by both the small-scaled and larger international clients.

Market growth is on a rise since many small firms are seeking to meet the requirements of mid-market companies. Though large networks are not able to handle such businesses well since their target are larger companies.