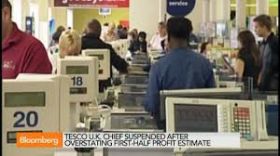 The United States Securities and Exchange Commission conducted an accounting investigation under which the Computer Sciences Corporation (CSC) has agreed to a proposed settlement and make amendments to its financial statements for the three financial years and also bear a fine of amount $ 190 million.

A pretax charge of around $ 200 million would be resulted from the settlement of CSC with the Securities and Exchange Commission (SEC) for the quarter ending December 31, 2014. The Securities and Exchange Commission will launch an administrative enforcement action alleging the violations of the anti-fraud and reporting laws and regulations. The company stated that it will neither admit the allegations nor it will refuse them.

SEC started the investigation in January 2011 and the division of former managed-services and the Nordic region was at their focus initially. When the Commission was in process of the probe, the auditors of the company (CSC) enhanced their work at their own to include the UK National Health Service contract and the operations in Australia.

A spokeswoman of the Securities and Exchange Commission (SEC) declined to reply to the statement of the company “Computer Sciences Corporation (CSC)” that it is also willing to conduct a review of its compliance procedures and policies by an independent consultant.